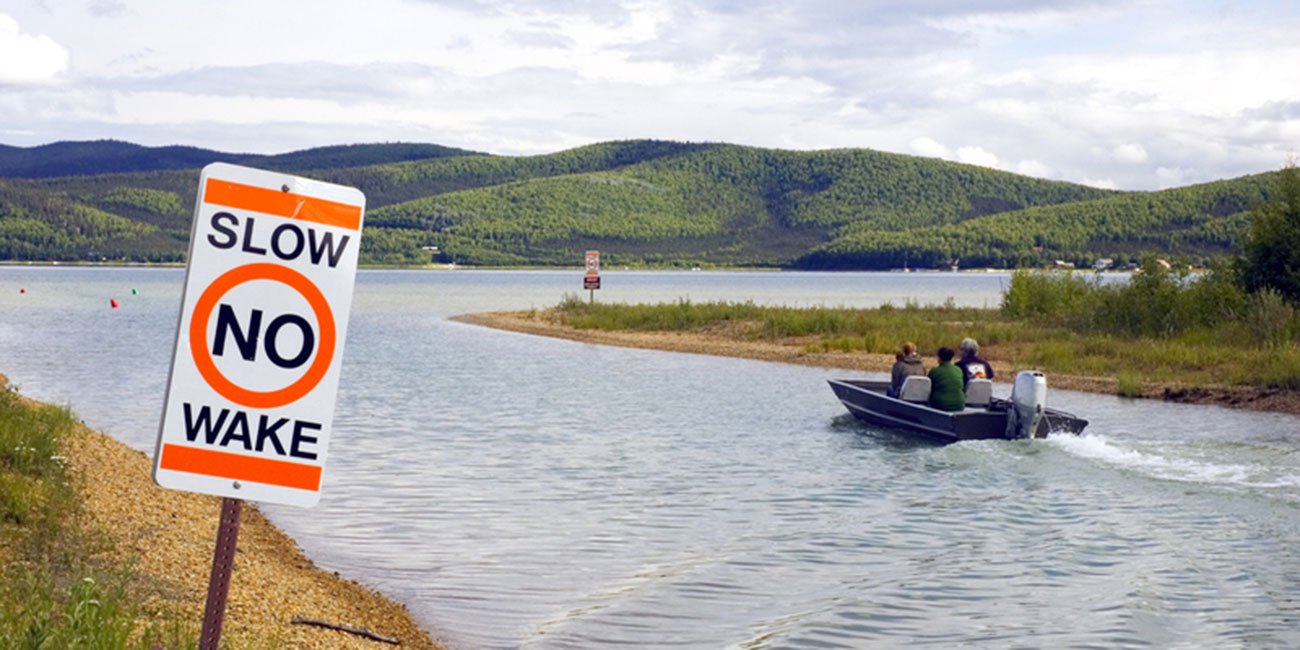 Every craft moving over water leaves a wake. It has two distinct sets of waves: one following the vessel and another spreading outward from its track. The mixture of these two forms your boat’s wake pattern, which varies with vessel length, speed, and water depth.

Vessel size and hull form influence wave height. But large does not necessarily mean high, at least not in deep water. Because it travels faster, a long, low wave can carry much more energy than a short, high one.

A typical powerboat can generate four or five basic wave patterns; understanding when your boat produces these different patterns is key to controlling their impact.

Displacement hulls generate bigger wakes as speed increases. They are efficient up to a point (sometimes known as hull speed or displacement speed), beyond which an increasing proportion of additional propulsive power is spent making waves for little increases in speed.

The high power-to-size ratio of high-speed and planing vessels means they can power through the hull speed barrier into transition mode. Here the stern digs in as it falls into the trough of the bow wave. The largest possible waves are generated as speed increases; the wave pattern changes because the waves following the boat have trouble keeping pace and begin to die away.

When a boat rises onto plane, less hull remains in the water to make waves. The wake’s total energy is less than in transition mode but still greater than in displacement mode.

As a boater, you are responsible for your boat’s wake, which shouldn’t be excessive or hazardous to other vessels. Any vessel operating in an idle-speed, no-wake zone must operate at the minimum speed that allows the vessel to maintain headway and steerageway.

In general, if your craft creates a wake that breaks or generates white water (water with bubbles or visible waves of any size), you are traveling above no-wake speed. If you put your engine in gear and add no additional engine speed once the propeller engages (idle speed), your boat shouldn’t generate a wake.

Any vessel operating in a slow-down, minimum-wake speed zone must operate fully off plane and completely settled in the water. Remember, you are responsible for any property damage or bodily harm your boat causes. So slow down, and enjoy your boating experience. –Norm Meshaw

Feel at home on the water

Learn to boat with confidence by taking the Boat Handling course online from America’s Boating Club.