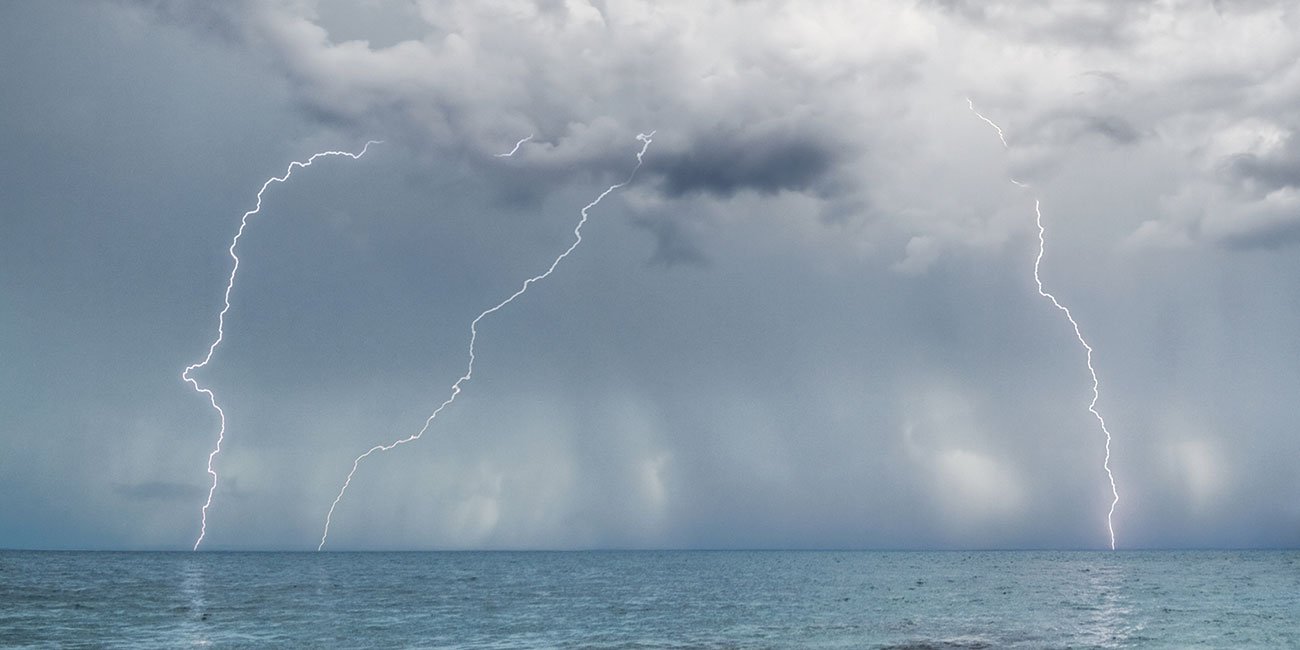 Protect against lightning strikes on the water

Lighting strikes nearly one out of 1,000 boats every year. Most strikes occur between noon and 6 p.m. If you’re out on the water when a thunderstorm rolls in, take immediate action to protect yourself and your boat from lightning strikes.

Well-developed thunderstorm clouds have flat anvil-shaped tops. These clouds can reach 40,000 feet or more. The cloud’s upper portion develops a positive electrical charge. And the cloud’s lower portion develops a negative electrical charge. Lightning occurs when the difference between these charges—the electrical potential—becomes large enough to overcome the insulating air’s resistance and force a conductive path between the two charges. This electrical potential could reach 100 million volts.

In most cases, lightning strikes represent current flowing from negative to positive. In other words, the current moves from the bottom to the top of a cloud, from cloud to cloud, or (most feared) from cloud to ground.

When a thunderstorm catches you on the water, take action immediately.

If lightning strikes your boat or you suspect it has, check the electrical system and compasses for damage. –John Schwab

Learn about the fundamentals of weather, basic meteorology and weather systems with this online course.