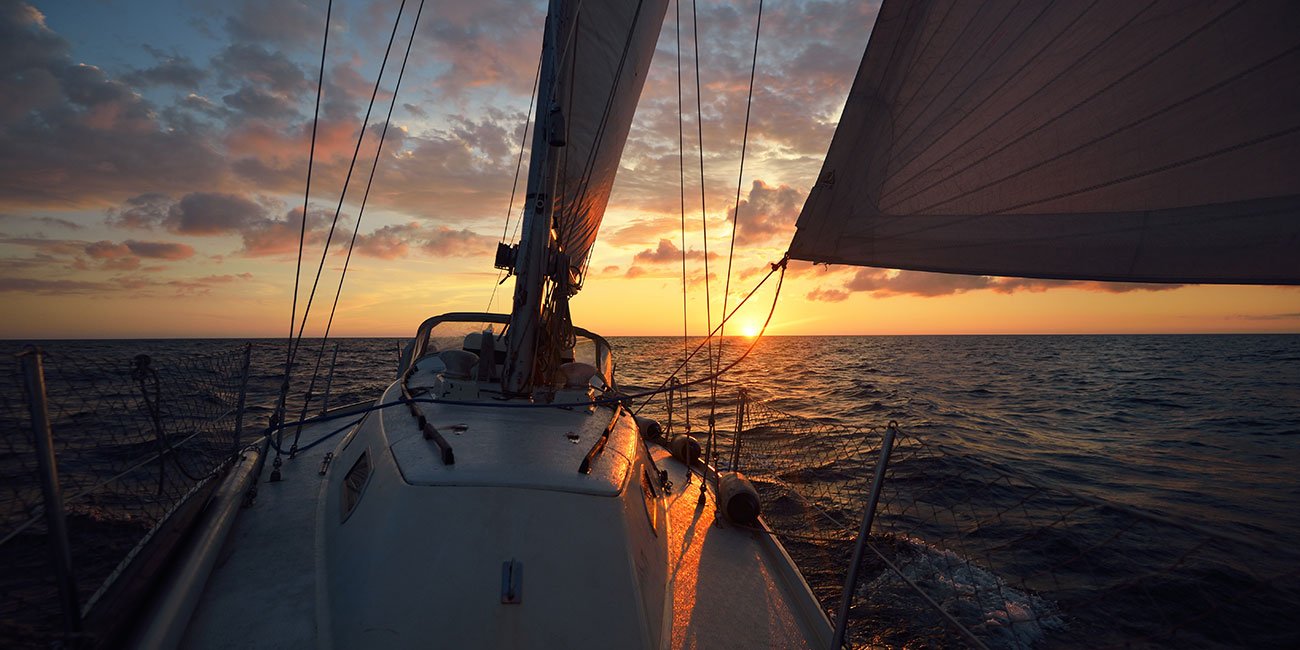 When it comes to navigation, you know general terms such as sunrise, sunset and twilight, but how familiar are you with civil twilight and nautical twilight?

When traveling by boat around the clock—out of sight of land with an unobstructed horizon—you get to observe (in clear weather) the true rising and setting of the sun. The actual time of sunrise and sunset are the time when the upper edge of the sun’s disc lies on the unobstructed horizon. The exact time at which you observe this phenomenon depends on many factors, including atmospheric conditions, your elevation, sea conditions, and when on land, the terrain you look over.

When observing sunrise and sunset at sea, you notice that the sky has already brightened before the sun rises, and brightness continues after the sun sets. Twilight is the period between sunset and darkness and between darkness and sunrise when some outdoor activities can continue for a limited time without artificial light.

A third defined period of twilight (not generally used), astronomical twilight, is the period beginning in the morning and ending in the evening when the sun lies 18 degrees below the horizon. Before astronomical twilight begins in the morning and ends in the evening, the sky has no illumination from the sun, making objects practically imperceptible. To learn how you can use the sun and stars in marine navigation, take Offshore Navigation and Celestial Navigation. –Tom Dailey

Learn how to read electronic and paper charts to gain the confidence for a fun and safe day on the water.

Boating in restricted visibility
May 12, 2021

How to navigate a boat
September 14, 2020
Recent Posts
Become a Better Boater