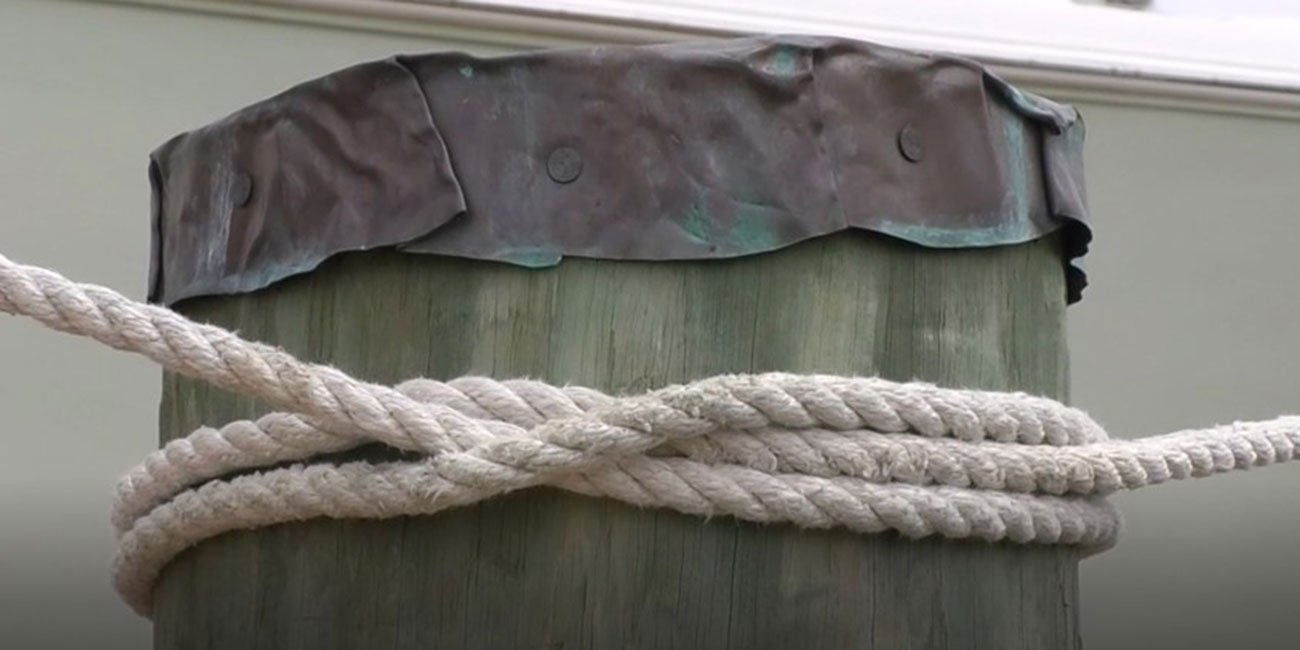 A tenacious slipknot, the clove hitch can be used to temporarily hang a fender from a rail, attach a line to a piling or secure a spring line. When tied around a wooden pile, it won’t slip even if the pile is tapered.

While excellent for temporary attachments, the clove hitch may slip if not pulled continuously. To use it for an extended period, secure the bitter end with two half hitches.

It’s easy to undo a clove hitch to move on from a temporary stay.

With the remaining bitter end, you can make a round turn with two half hitches to make the knot more secure.

When you see an X in the knot with the line coming straight out at both ends, you’ve done it right.

For other useful knots, check out Knots to Know. A new knot will be added every month.

Want to gain knowledge and hands-on experience about the most useful knots, bends, and hitches? Take our Knots and Line Handling seminar.

Knots to Know: Round turn with two half hitches
January 13, 2021